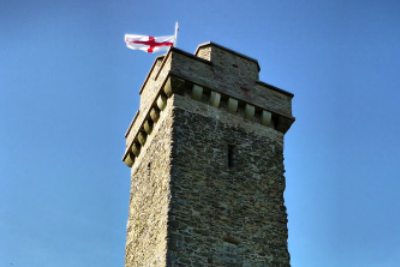 Flounder’s Folly is a landmark which is visible for miles and from which, on a clear day, you can see wonderful views of the Malverns, the Black Mountains, Cader Idris and the whole area around Craven Arms and Church Stretton including the Shropshire Hills Area of Outstanding Natural Beauty. 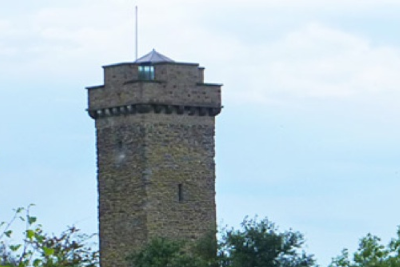 Flounder’s Folly is a stone tower built in 1838 by Benjamin Flounders (hence the name) and is approximately 80 feet (24 m) tall and 16 feet (4.9 m) square. There are 78 steps to the viewing platform at the top of the tower which features specially commissioned illustrations that enable visitors to work out exactly what landmarks they are looking at in the landscape.

The tower was erected by Benjamin Flounders (1768—1846) to mark the boundaries between four large estates and maybe to celebrate his attaining his 70th year, his ‘threescore years and ten’. Over time the Folly fell into disrepair but in 2001 it was bought by what became The Flounders Folly Trust who completed the restoration in 2005. The tower is now open to the public at least once a month and you can find details of the open days at the Flounders Folly Web Site.