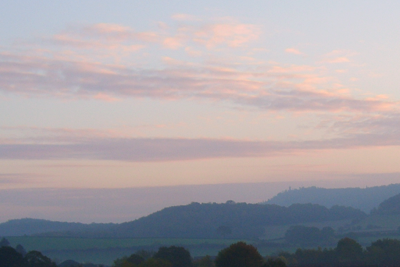 “Blue Remembered Hills” is one of the most famous lines from Alfred Edward Housman (26 March 1859 – 30 April 1936), usually known as A. E. Housman, an English classical scholar and poet, best known to the general public for his cycle of poems A Shropshire Lad.

The relevant lines are:

Into my heart an air that kills
From yon far country blows:
What are those blue remembered hills,
What spires, what farms are those?

Housman first published A Shropshire Lad, a collection of sixty-three poems, at his own expense after several publishers had turned it down.