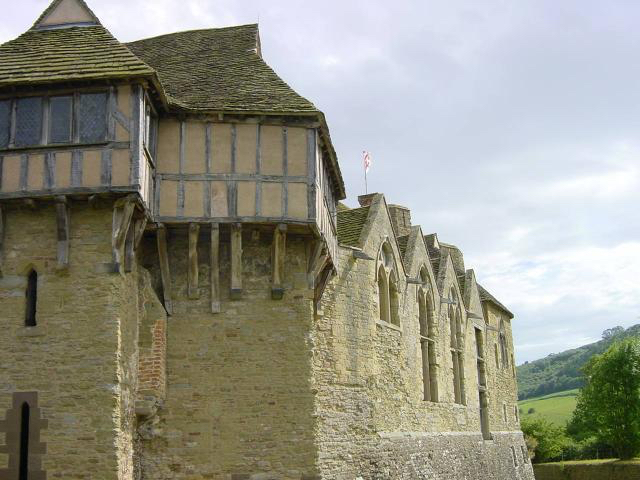 This post shows Stokesay Castle in photographs. Stokesay Castle is a fortifyed medieval house and is considered the best preserved example in England. I’ve blogged about it before and this post provides some photographs that give more of a flavour of this unique building. The image of Stokesay Castle above was taken by Penny Mayes and is used under the Creative Commons Attribution-ShareAlike 2.0 license. 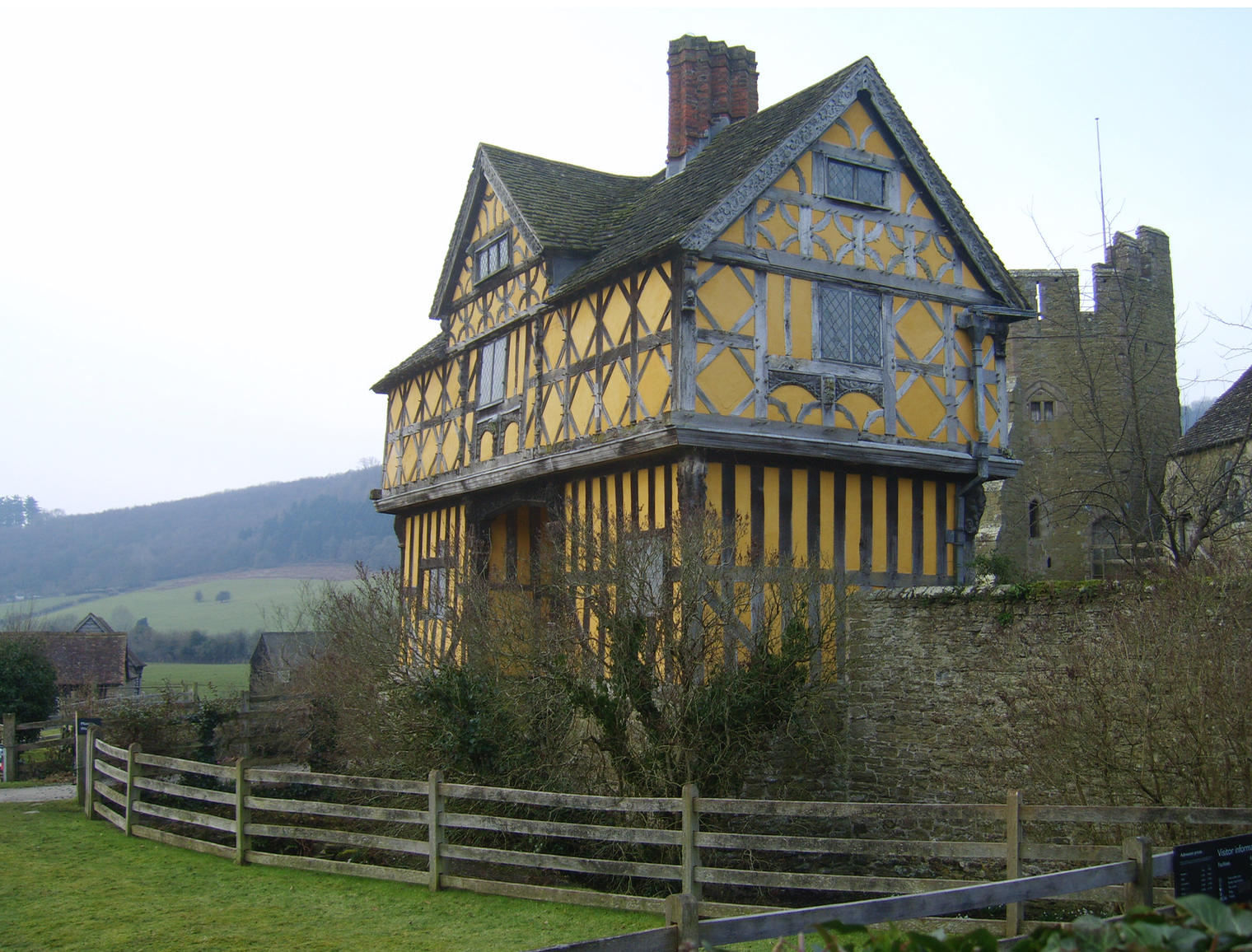 English Heritage manage Stokesay Castle and the current adult entrance fee is £7.60. Many of our visitors have commented how worthwhile and interesting it is to visit. 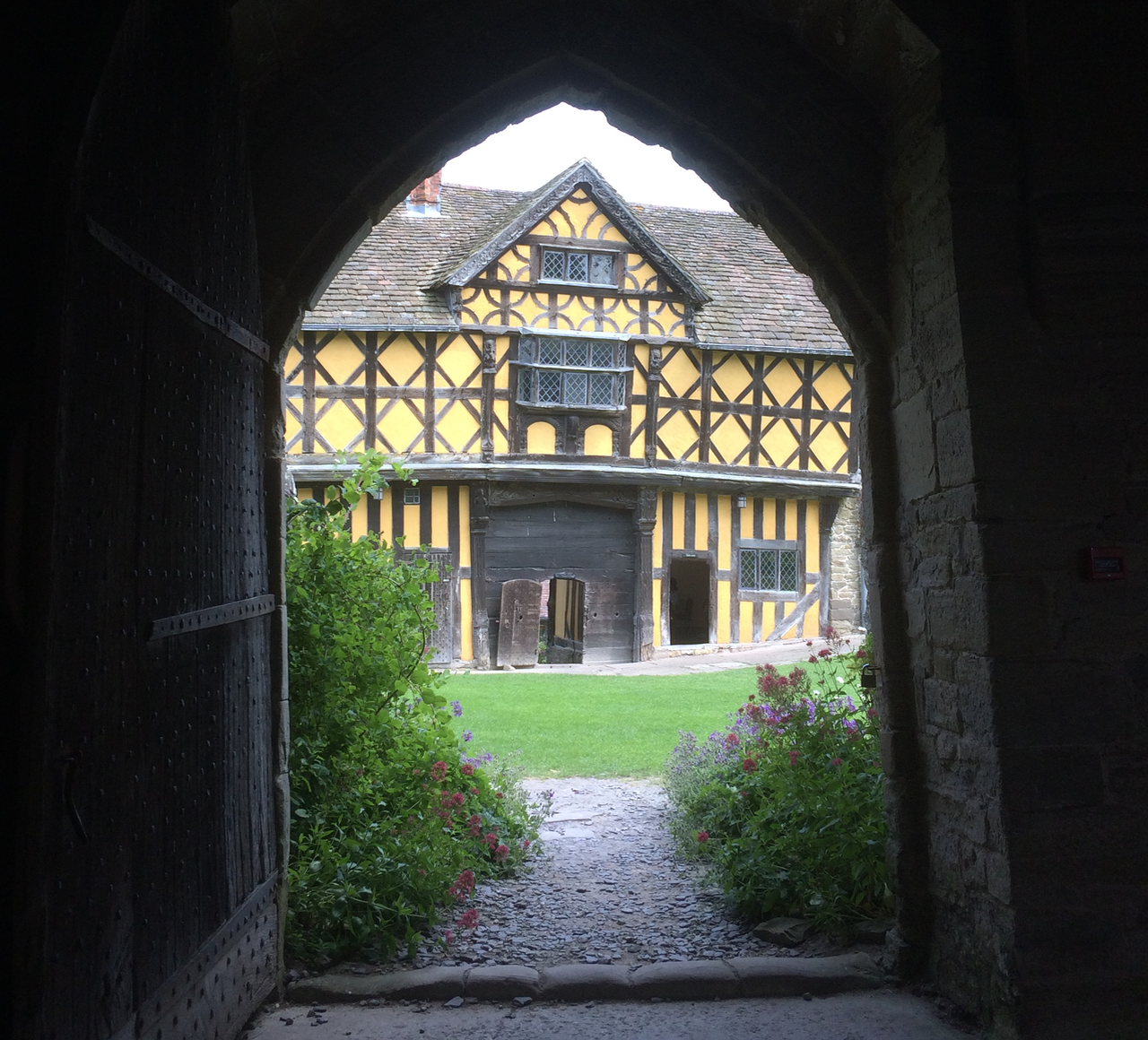 The Gatehouse at Stokesay Castle

The Gatehouse is 17th century and is distinctively built in the Shropshire style. 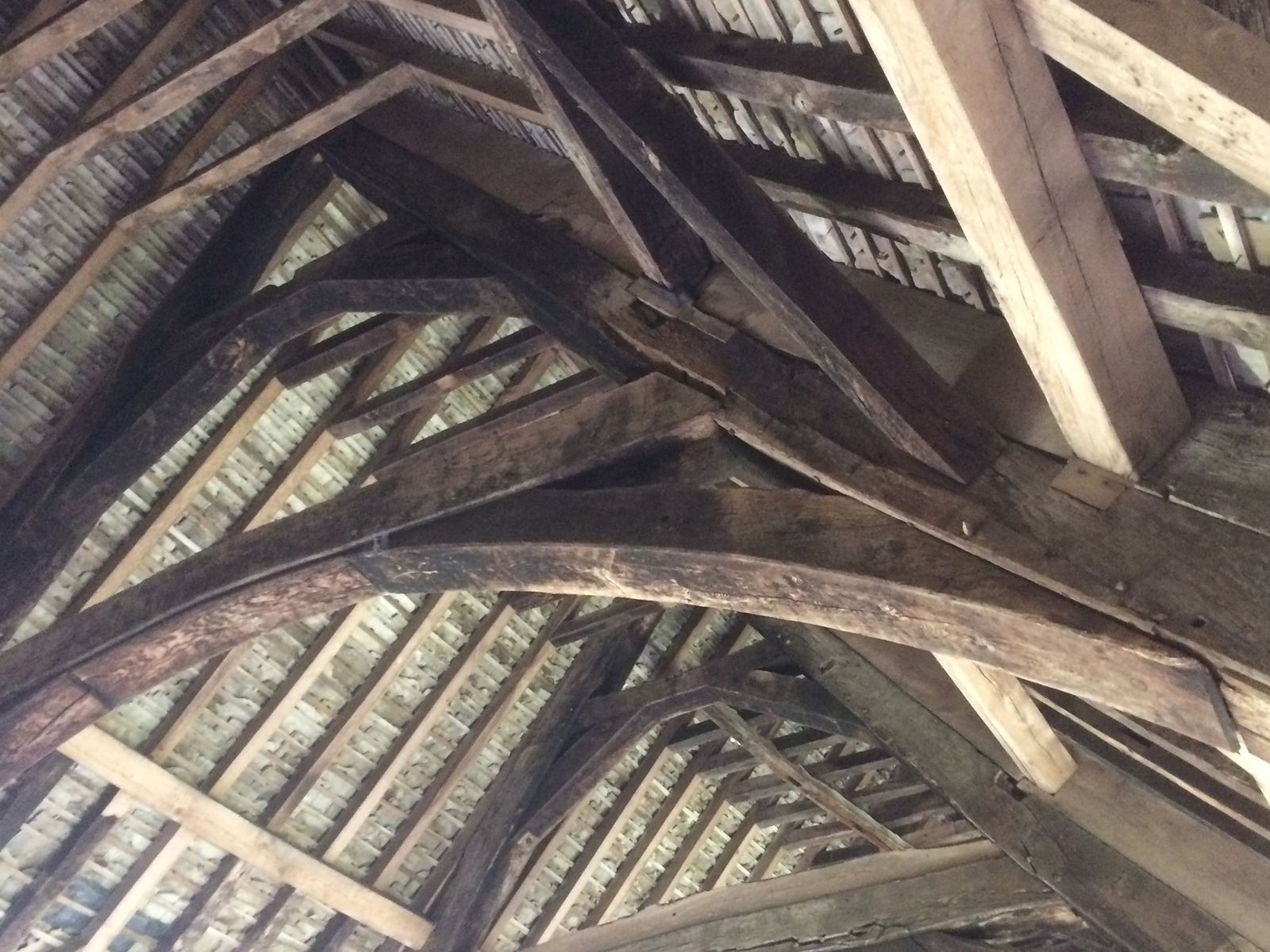 These photographs just provide a flavour of Stokesay Castle and many of our visitors to Folly View Let tell us that it is well worth a visit. 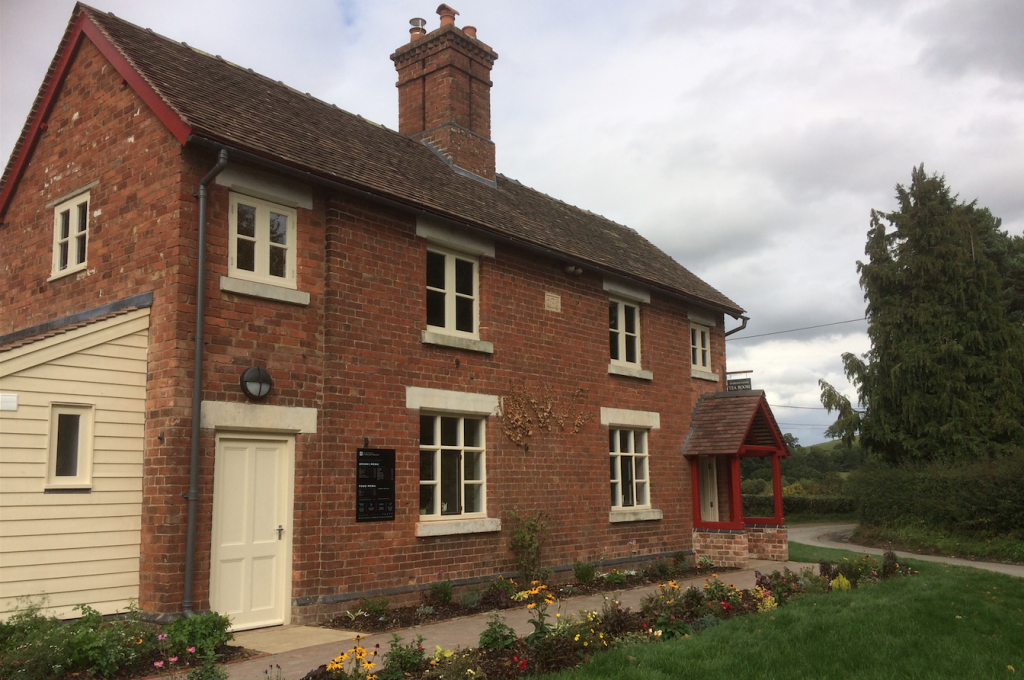 Stokesay Castle is one of the best-preserved fortified medieval manor houses in England. English Heritage who have restored Stokesay Castle, and who manage the property, have recently completed the conversion of nearby Stokesay Cottage – which stands beside the public entrance to the castle grounds – into a tea-room – the Stokesay Castle Tea Rooms. 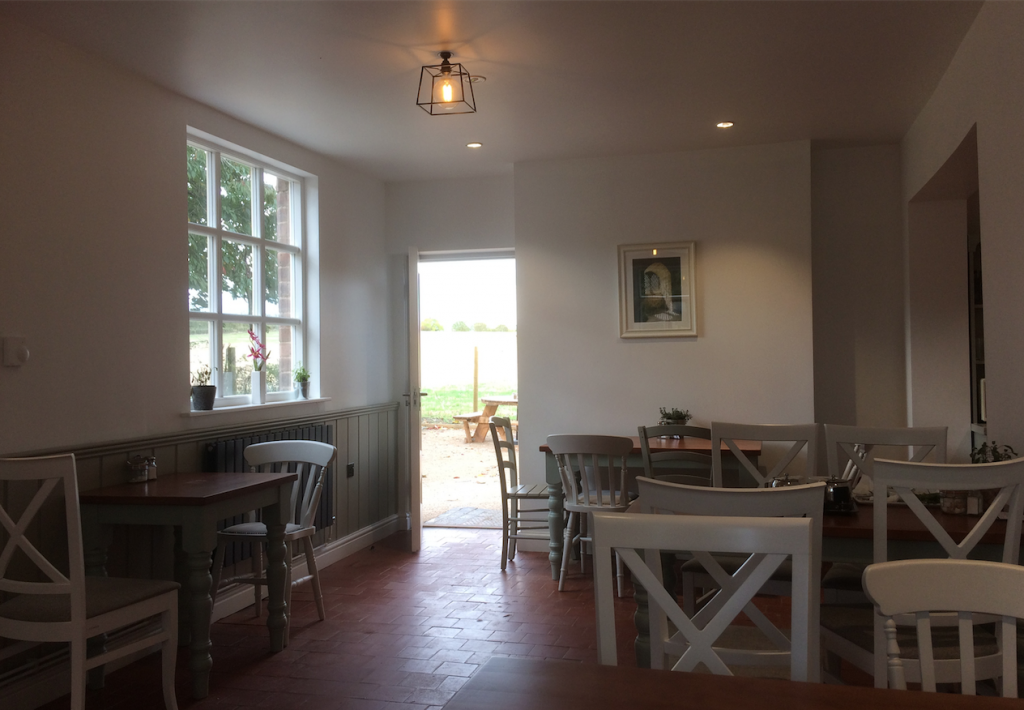 An outside seating area is just visible in the photograph above – and offers visitors picturesque views across rolling fields to Long Mynd and the Shropshire Hills.

As well as the outdoor spaces the Tea Rooms feature a log burner to provide winter warmth for the anticipated visits from walkers and cyclists. The menu relies on locally-sourced ingredients and fresh foods including local specialities like Shropshire Fidget Pie, Shrewsbury Biscuits and Shropshire Blue. The focus on local food includes rosewater distilled from the roses in the castle courtyard used in the lavendar shortbread. 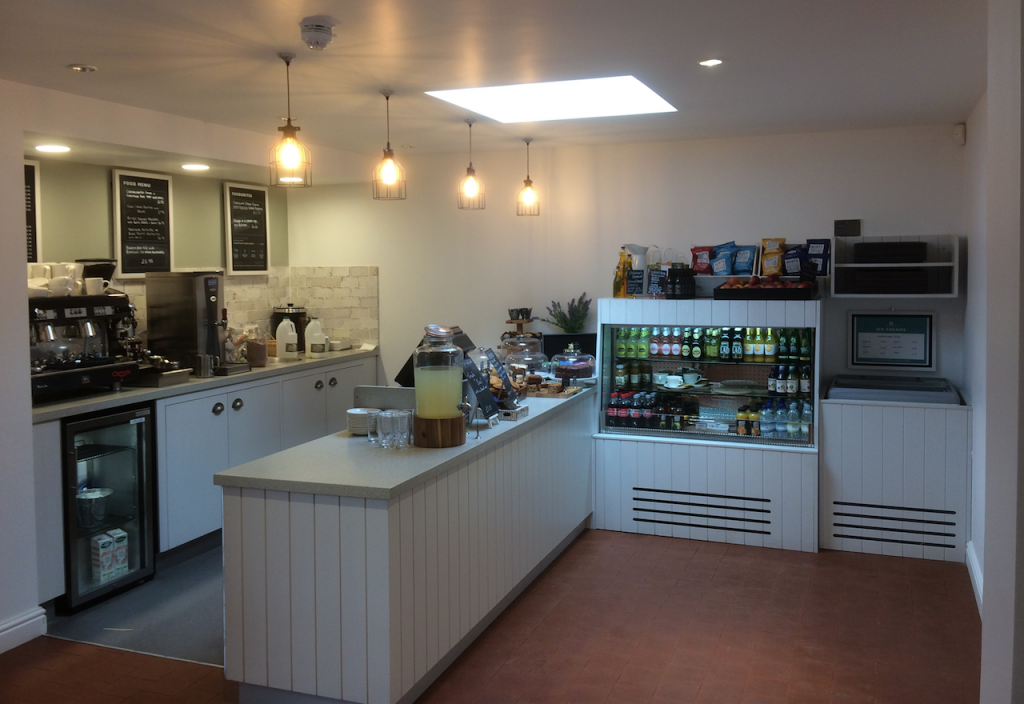 Stokesay Castle is a fortifyed medieval house and is considered the best preserved example in England.

It forms a ‘comparatively complete ensemble’ of medieval buildings. The fact they remain largely unchanged is very unusual.

Previous owners have tried to repair what existed rather than rebuild and reconstruct.

It is Grade one listed and a scheduled Monument. It was largely build in the latter part of the 13th century by Laurence of Ludlow who was a wealthy wool merchant.

In the early part of the thirteenth century the land was owned by the de Say family who sold it to Laurence. The Stoke part of Stokesay is thought to have come from ‘stoches’ meaning cattle farm.

The Gatehouse is 17th century and is distinctively built in the Shropshire style.

The castle has been open to the public since 1908. It was left to English Heritage in 1992 by Jewell Magnus Allcroft.

There are events on through out the year, usually during school holidays, some of are Civil War Re-enactments.

It is open throughout the year but it is best to check opening hours and times. It is well worth visiting.

The image of Stokesay Castle above was taken by Penny Mayes and is used under the Creative Commons Attribution-ShareAlike 2.0 license.