Over the August Bank Holiday Weekend Flounders’ Folly had 120 visitors.

September’s Heritage Open Days will be from the 11th to the 20th.

Flounders’ Folly will be open as part of the Heritage Open Days on the 20th September from 11am until 4pm. As it is run by volunteers they will not be open on the Saturday.

Founder’s Folly is eighty feet above the top of Callow Hill giving stunning views over the Shropshire countryside into other counties and over to Wales. 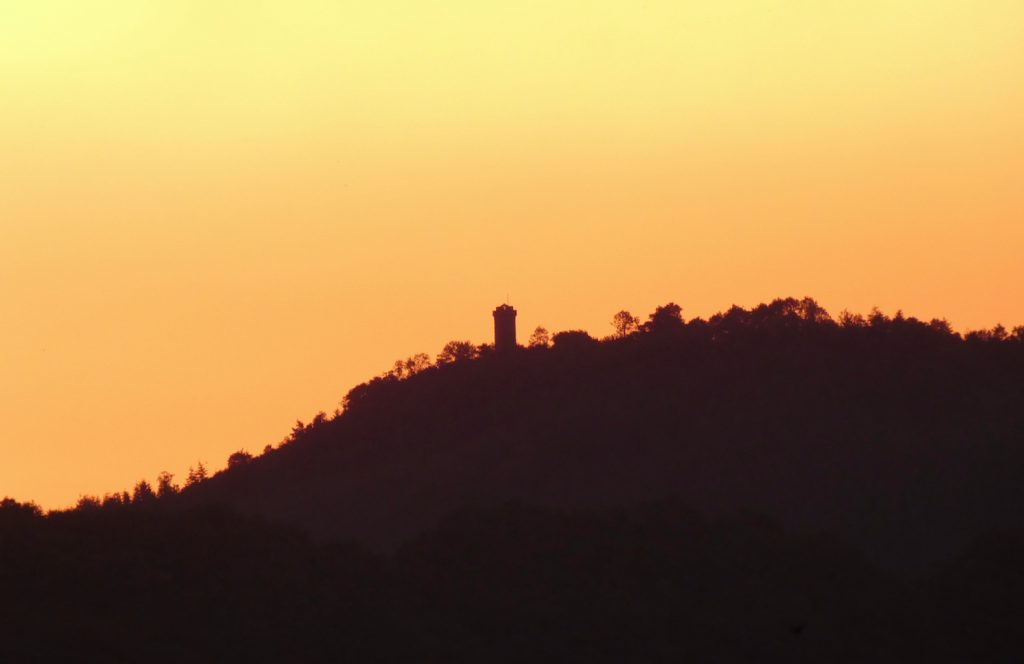 The best place to park if you don’t walk from Craven Arms (a lovely walk) is the foot of Callow Hill on the road from Lower Dinchope, map reference SO457854. Please park respectfully.

The walk up is along a well trodden footpath.

At the present only one group of up to six people are allowed up Flounders’ Folly at a time.

There are lovely views to enjoy from ground level as well if you have to wait for other visitors.

Hand sanitizer is available on entrance and exit.

Entry is free but donations for the up keep of Flounders’ Folly are appreciated.

Flounders’ Folly is open on the 27th September as well from 11a.m. until 4pm.