I have mentioned the Toposcopes on the top of hills and hillforts and as I will talk about these places again I thought a brief description would be interesting.

These landmarks can be hills, mountains, towns, the Sea, Battlefields or historical places.

They are usually at popular vantage points either where there is a 360 degree view or long reaching views.

The plaques are usually cast in bronze and in their simplest form have radiating lines which line up with the landmarks they indicate and the distance to them.

More complex Toposcopes have lines showing the shapes of the hills, the way you are looking, with their names and distance from where you are standing. There will also be compass points marked on them.

There is a Toposcope at the top of Flounders Folly.

One of my favourite is at Bury Ditches which gives a view all round and another is at Clee Hill Village at the car park which has views including the Malvern Hills. 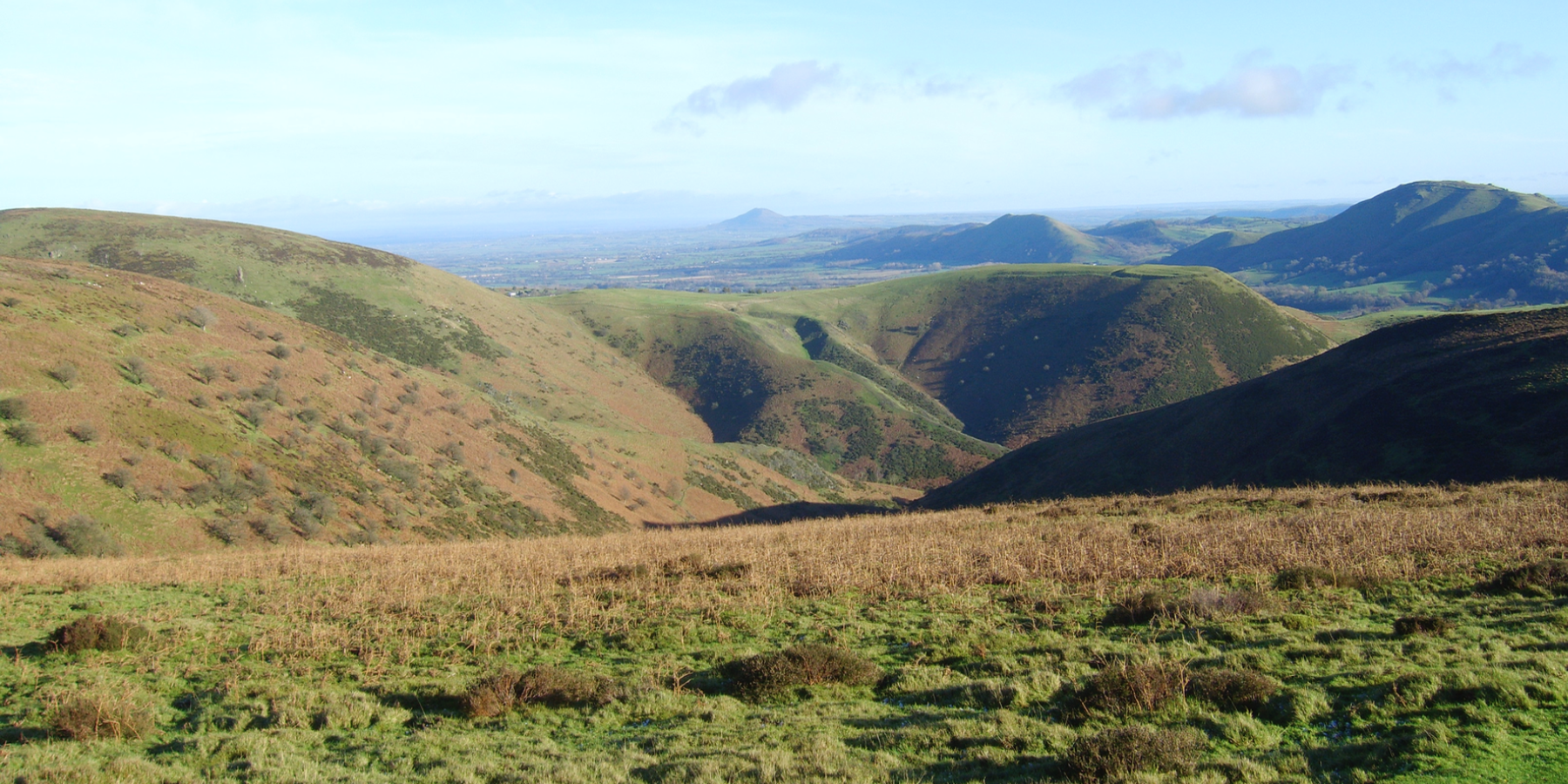 Bodbury Hill from The Burway on Long Mynd

The Long Mynd is the back drop to Church Stretton, seven miles north of Craven Arms.

The Long Mynd is approximately 7 miles long by 3 miles wide. The highest point is Pole Bank at 516 metres (1,693 feet) above sea level. It is classed as a Marilyn.

Much of the Long Mynd is owned and managed by the National Trust and falls within the designation of the AONB (Area of Outstanding Natural Beauty).

The National Trust have a Visitor Centre in Carding Mill Valley which has a an exhibition and a tearoom. Many activities are put on over the year.

There are many indications of ancient human activity on Long Mynd.

The Portway runs the length of the Long Mynd. It is a Drovers Route which is thought to have linked up with the Kerry Ridgeway.

There are twenty tumuli, of which one had a Shooting Box on it until 1992 and to this day is called the Shooting Box Barrow.

There are also three dykes, Bannister Plain Cross Ridge Dyke, High Park Cross Ridge Dyke and Devils Mouth Cross Ridge Dyke. They separated areas of moorland and are thought to be 1,500 years old, unfortunately in some places they have been damaged in more modern times.

Bodbury Ring is a small Hill Fort. It sits above Carding Mill Valley and looks over to Caer Carodoc and Lawley both of which have hill forts at the top of them.

As you can see there is lots of human activity to look at but also lots of wildlife to observe as well. There are lots of walks up to the plateau of Long Mynd and from the car parks up on the Mynd. 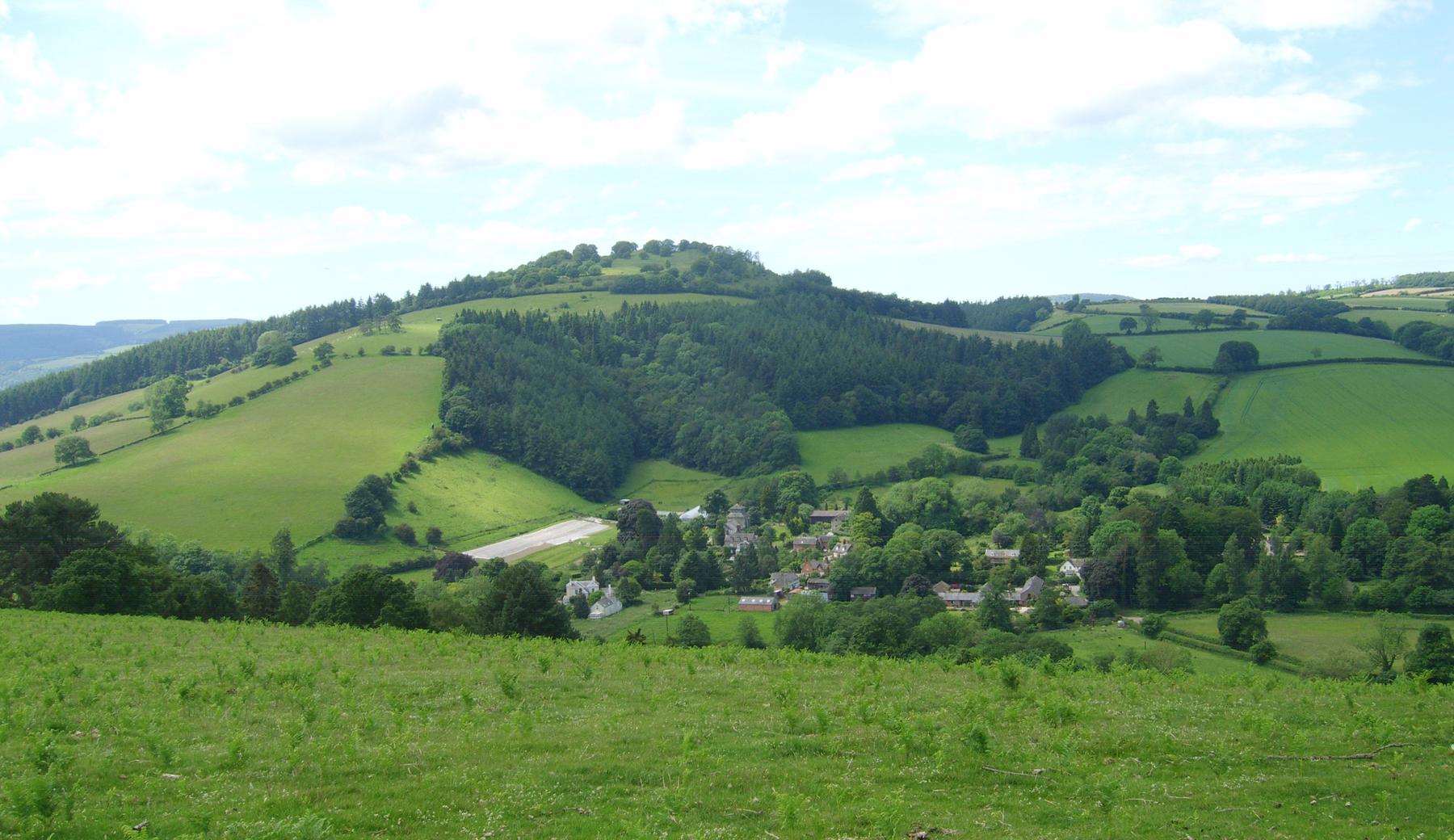 Hopesay Village and The Burrow

There are over fifty hill forts in Shropshire and there is access to a lot of them.

From our door there is Norton Camp. It can’t be seen from our house but is well worth the walk up through Whettleton.

Although covered in trees and shrubs, the ramparts are impressive. The interior is a field but you can walk round it.

Bury Ditches a few miles to the west is on Forestry Commission. There is a walk up from the car park and at the top outstanding views of the surrounding hills.

There is a toposcope at the top which tells you what the names of the hills are.

Nearer to home at Hopesay is the Burrow. There is parking on the road through Hopesay. The Burrow is on Forestry Commission Land as well.

I can show you where they are on the maps.

At Round Oak is Wart Hill a small hill fort easily accessible from the road, this one is thought to have been an over night holding for sheep.