The Dog Hangs Well has a Victorian Beer Engine as mentioned in an earlier blog.

Some of you may know what it is but for those who don’t here goes. 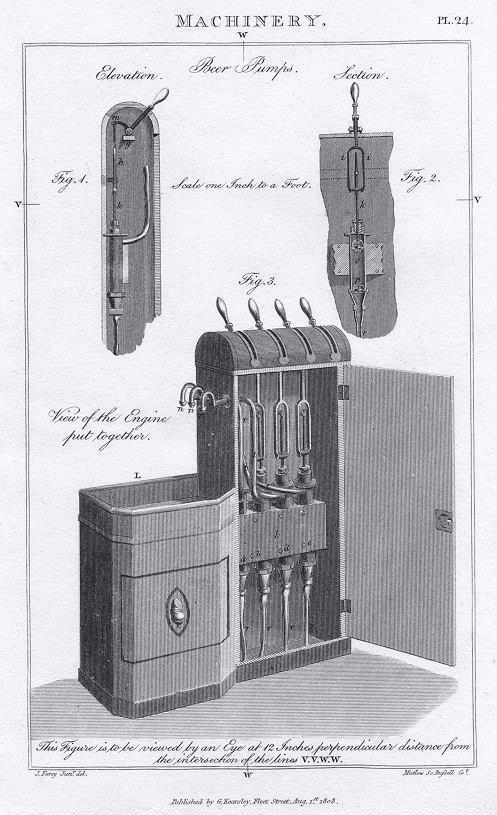 A Beer Engine is now built into or clamped to the bar.

In The Dog Hangs Well you will see a four bank beer engine cabinet. There are four hand pulls and cylinders within a wooden cabinet with a solid wooden plinth.

Beer engines of this era would have had brass cylinders along with leather washers and lead pipes.

Be assured it has been upgraded to a modern standard.

The contemporary illustration above of a Victorian Beer Engine is used with kind permission of Erik Lars Myers and was featured in his blog post about Beer Engines.

The photograph below is a good example of a refurbished Victorian Beer Engine Cabinet courtesy of Paul Skelton and Ian Goodban as featured in this source. 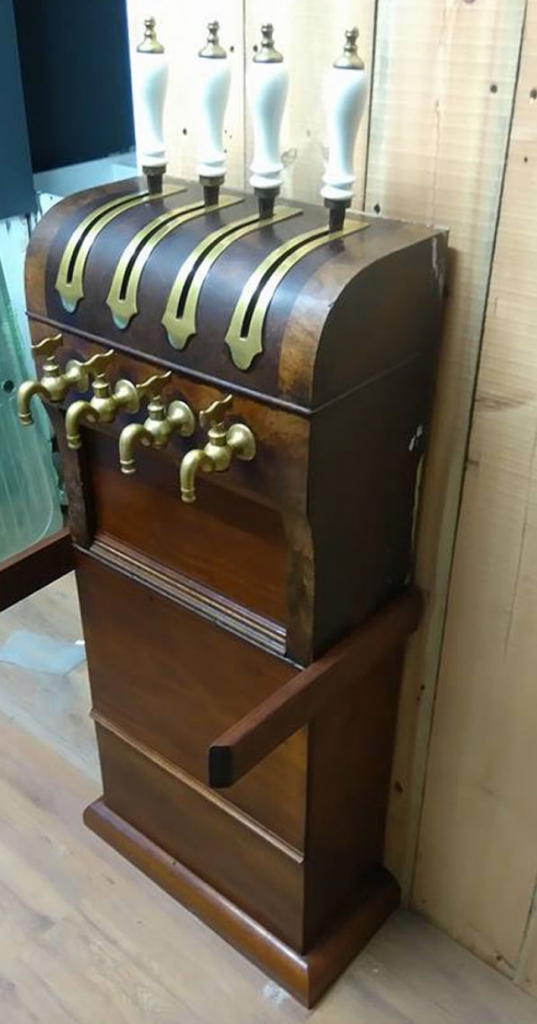 The Dog Hangs Well is a Parlour Pub in Corve Street Ludlow. It is open three nights a week, check the light outside, if it is on it will be open.

In the good tradition of a Parlour Pub The Dog Hangs Well is a home first and foremost. It is also a publishing house for the Ludlow Ledger and Doghouse – the British pub magazine.

As with Parlour Pubs of the 19th Century there is a limited selection of drinks available. There is one barrel of beer offered at a time, with up to six different beers being available during a week. A still cider and a white wine are your other beverage choices.

Beers are sourced from all over the country. In the last twelve months they have served two hundred different beers from a hundred breweries.

Their beer is served from a back room which was originally the kitchen, via a hand pump called a Victorian Beer Engine. You may then retire to the front Parlour to relax and enjoy your drink.

The Dog Hangs Well is open Thursday, Friday and Saturday nights from 5pm until the light is out, at 9pm. 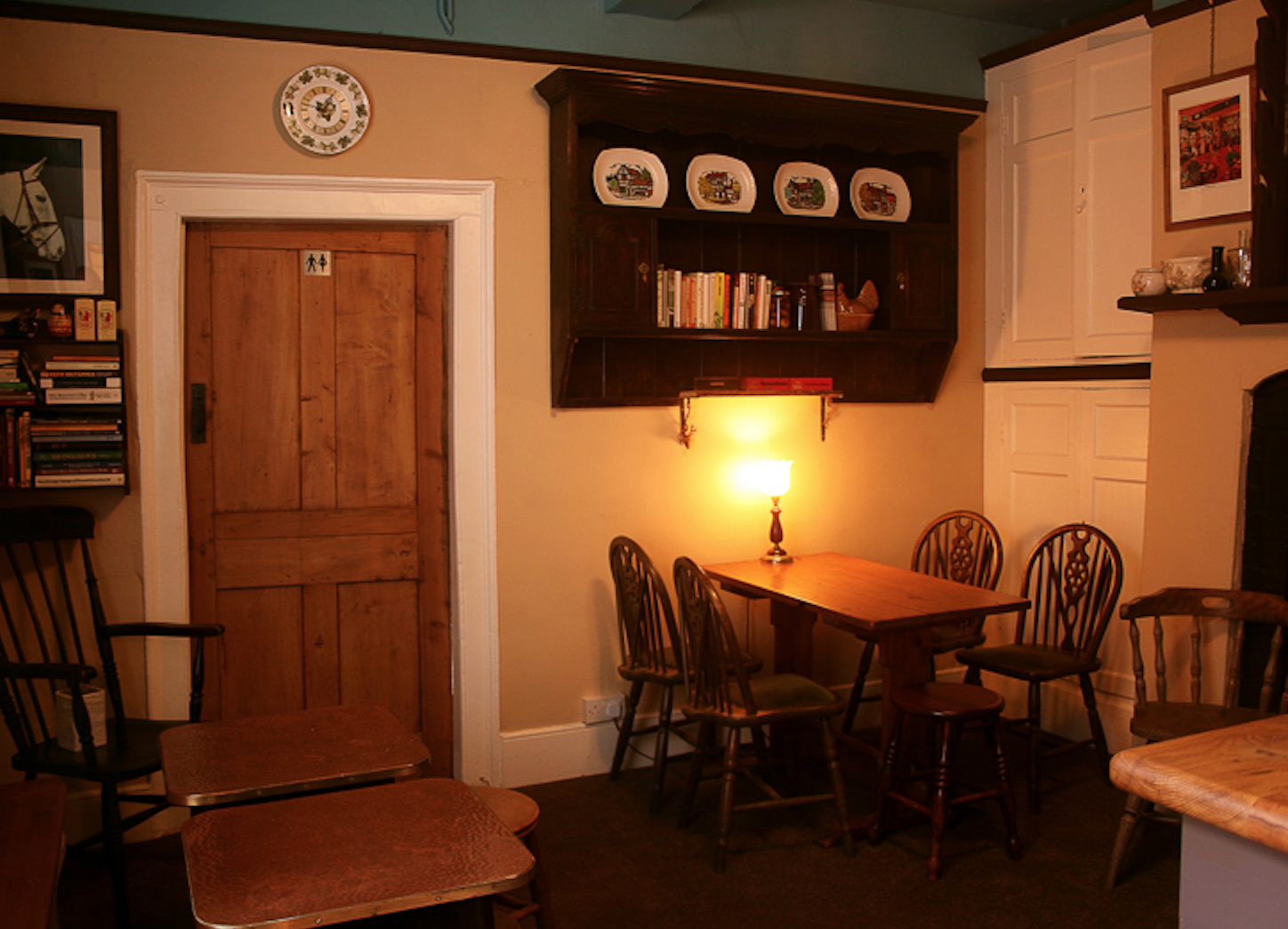 The Kitchen of the Dog Hangs Well

The photographs used in this blog post are by kind permission of Jon Saxon, Doghouse Magazine. 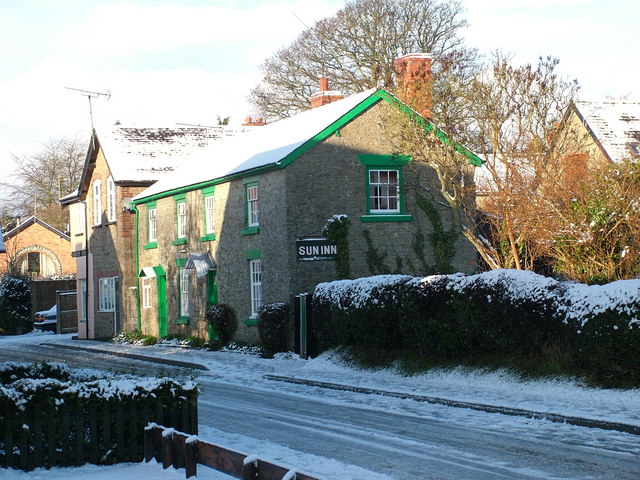 The Sun Inn at Leintwardine and The Dog Hangs Well are both classed as Parlour Pubs and are both within easy traveling distance of Craven Arms.

Beer Houses, as they were referred to, came about through a change in the Licensing Law of 1830. This allowed householders to sell beer and cider from their own homes and to brew beer.

The front Parlour was where the beer would be served in a jug which was filled from the barrel that would be on a table set in the corner of the room.

Beer houses were not allowed to open on Sunday and could not sell fortified wines or spirits. The penalties were breaking these rules were harsh.

In 1830 four hundred Beer Houses opened, by 1838 there were 46,000, out-numbering taverns, pubs, inns and hotels. Profits from these beer houses were good and many householders bought the house next door to live in.

With beer houses still in increasing in number, some streets in some towns were all beer houses, the Licensing Laws were changed again in 1869 to slow their growth. The law prevented new beer houses being created and made it harder to get a license. Most of the owners applied for a new license to become a full pub selling spirits etc. However, by the end of the 19th Century the majority of beer houses had closed.

A few of these beer houses have survived into the 21st Century as Parlour Pubs and some remain as micro breweries. They can be identified as they are usually in the middle of a terrace and fewer still remain completely unchanged.

The Sun Inn in Leintwardine still has its Parlour but has been extended at the back and serves food and hosts bands and other events, at least it does remain.

The Dog Hangs Well is a new incarnation of a Parlour Pub. It is in a home and serves only beer a still cider and white wine.

I hope you have enjoyed this quick look at the potted history of Parlour Pubs.

The photograph of the Sun Inn, Leintwardine used in this blog post was taken in 2004 (before the pub was extended) by Peter Evans and is used under the Creative Commons Attribution-Share Alike 2.0 Generic license.